Back to Inventory
This 2010 Kia Forte Koup was sold on 0000-00-00, below are similar vehicles that are still available.

The SX trim is fitted with a 173 hp 2.4L four-cylinder engine and a five-speed automatic transmission. Traction control, side curtain airbags, and Bluetooth are all part of the list of standard features for the 2010 Kia Forte. Safety Ratings NHTSA CRASH TEST RESULTS: Frontal crash ratings: Driver: * * * * * Passenger: * * * * * Side crash ratings: Driver: * * * * * Rear Passenger: * * * Results based on a 35 MPH frontal crash and 38.5 MPH side crash. Results are reported in a range of one to five stars, with five stars indicating the best crash protection for vehicles within the same weight class. This test used driver and passenger belts and airbags. NHTSA ROLLOVER RESISTANCE RATING: * * * * The Rollover Resistance Rating is an estimate of your risk of rolling over if you have a single vehicle crash. It does not predict the likelihood of that crash. The Rollover Resistance Rating utilizes a "fishhook" maneuver which is a series of abrupt turns at varying speeds to see how "top-heavy" a vehicle is. The more "top-heavy" the vehicle, the more likely it is to roll over. The lowest rated vehicles (1-star) are at least four times more likely to roll over than the highest rated vehicles (5-stars). 2010 Kia Forte New stylish and affordable sedan. Introduction The Kia Forte is a new entry into the compact car field with contenders like Honda Civic, Toyota Corolla, Nissan Sentra, Mazda 3, Mitsubishi Lancer, Ford Focus, and Chevrolet Cobalt. By comparison, including exterior, interior, performance, and price, the Forte looks awfully good. The Forte boasts class-leading interior space, and, in our opinion, class-leading looks. The interior is classy and intelligently designed, which is to say everything is there where you need it. The seats are comfortable and supportive. The Forte uses modern four-cylinder engines, notably a 2.4-liter in the upscale SX, which also has an available five-speed automatic transmission with Sportmatic manual shifting. Most fun to drive is the Forte SX equipped with a larger 2.4-liter engine and five-speed automatic. We found the handling in the SX with its sport-tuned suspension taut. The ride is firm but never harsh. It gets 23-31 mpg. 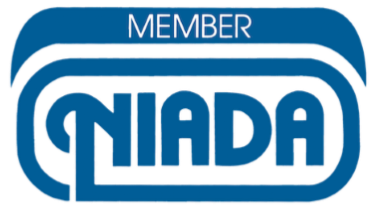 Best Used Cars in Anchorage
Lyberger's Car & Truck Sales is THE PREMIER used car dealership in Anchorage, Alaska.  We carry a great selection of quality pre-owned cars for sale, as well as trucks, vans, SUVs and crossover vehicles. Call today to schedule a test drive or just stop on by for a closer look. Apply Online now for quick and easy auto financing and drive away today in your new ride!
Lyberger's Car & Truck Sales is located at 9530 Old Seward Highway, Anchorage, AK 99515.